If it's about broadcasting, radio, TV, satellite, cable, this is where to talk about it.

I can tell a great deal about the overall quality of a station by the type of image they portray when they are out and about town. In the 21st century, this means using a basic vehicle with large 'slab' sides that can easily display the vinyl wrap that has the stations imaging printed in nice big letters.

But, it is also very important to make sure the wrap applied to the vehicle stays fresh and that the vehicle advertising the radio station for a particular cluster is in pretty good shape. If not, the people in the community may think that management just does not care about their stations or even the community they are serving. For instance, lets look at this station vehicle I saw last week. 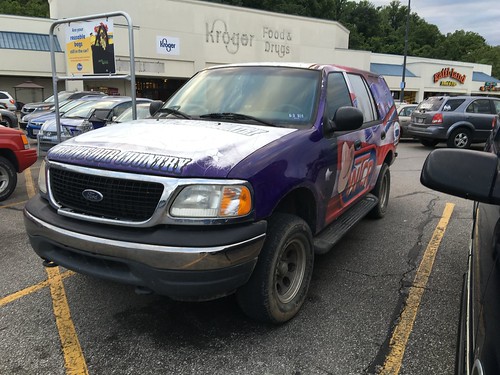 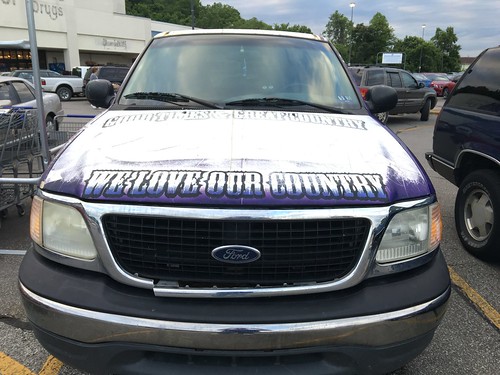 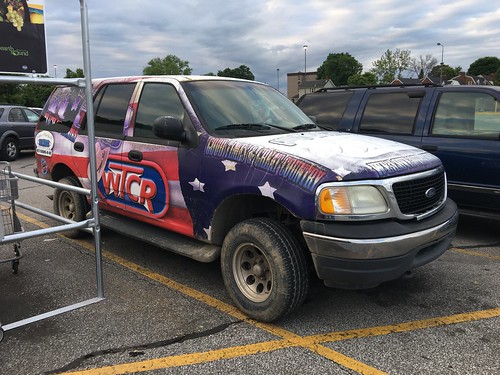 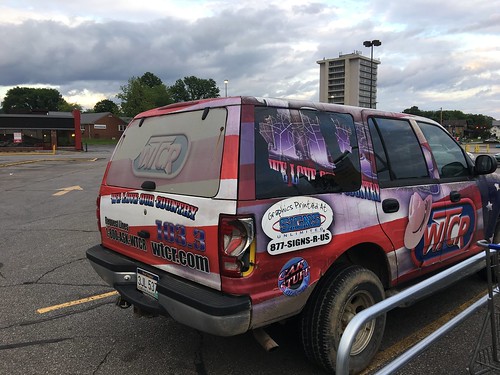 From the looks of this example, I would say that some of the 'give a damn' at one of our local station clusters is just simply busted. Really? How much effort does it take to remove outdated graphics from a truck before it is handed over to serve the technical pool? The broken grill and tail light also exude the quality of service from the staff. Most of all, the mud caked on the tires and piled on top of the running boards just adds that special touch that lets us know how the people really care about things. But maybe this is what you get when your radio cluster is controlled by a parent company led by people who successfully drove multi billion dollar enterprises into oblivion during the recessions of 2001 and 2008.

Yep, got get your forks because it looks like another media conglomerate is about done.
The first step in a successful revolution is to defeat all competing revolutionaries.
Top

I couldn't imagine walking the halls at 134 again. It would be far too depressing. There used to be so many people working under that roof that both the Ops guy and the Promotions guy were housed in the vending room.
Top

After the big layoffs at the the cluster in Philly back in 2007/2008, 'engineers' and 'full time boards ops' were cut to part time work and they did not get more than 20 hours of work per week (from Friday evening through Sunday morning mostly) and were not even paid overtime for their work with wages that would be considered poverty level. In order to make up some for the slave like treatment, these people would be given cases of product (like soda and chips) or gas/gift cards provided by advertisers as promotional items for giveaways at events or on-air. I am pleased that my friends that worked in that horrible place have found other, more lucrative means of employment. The despicable treatment may not have the personal insults associated with working for many of the small business 'media' companies in West Virginia, but in the end, the environment is not conducive to developing employees that are loyal to the company.

But, does this firm even want loyal employees or just occasional contractors that pass through when they need work to be performed?
The first step in a successful revolution is to defeat all competing revolutionaries.
Top
Post Reply
3 posts • Page 1 of 1